Computational electromagnetic simulation tools have been in use for more than a decade. Yet, hardware design engineers have not been able to use them effectively.

Reasons for the limited use of simulation tools for EMC testing

In most cases, engineers involved in EMC compliance testing hesitate to use EMC simulation tools. This is due to a lack of EM solver knowledge. In general, EM Simulation engineers that work on signal and power-integrity analysis, employ simulation tools for EMC analysis. They generally don’t get involved in EMC compliance testing by themselves and are not familiar with EMC standards.

Traditional EM solvers are not designed specifically for EMC testing and do not generate test results that can be correlated to measurement results for EMC compliance.

An ideal EMC simulation software should be designed to be used as a virtual EMC test lab environment so that the user could go through the same process of getting products tested as in an EMC measurement lab. It should follow the same steps performed in EMC measurements, keeping the complexity of EM solver to run in the background of the simulation.

A well-designed simulation software will enable the hardware engineers to make the best of both worlds. It will not only allow the engineer to understand the product’s EMC behavior by running simulations in a virtual lab. But will also help the engineer validate the product for EMC compliance in a measurement lab.

The simulation analysis and diagnostics help to understand the root cause of the problem to resolve the issues, in the process help in designing EMI resilient products instead of using mitigation methods to resolve EMC problems. Simulations help to understand the physics of the product under test, to characterize the device EMC behavior in running diagnostics to resolve problems. The investigations help to evaluate the coupling paths and analyze the emission sources independently to determine the magnitude and impedance at different points of the coupling path. 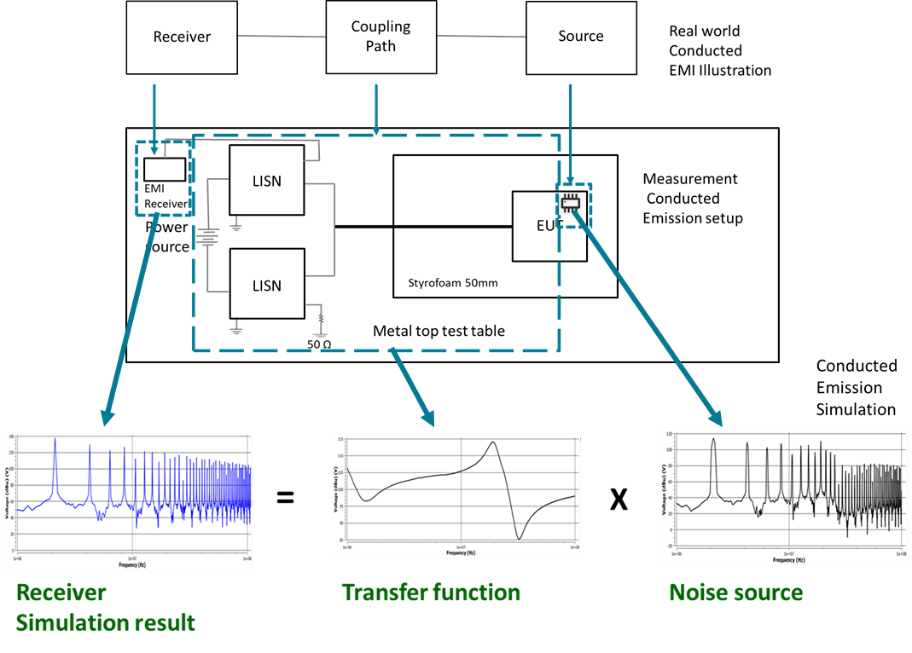 Note: The figures and feature examples given above are referenced from Simyog Technology’s simulation software ‘Compliance Scope’. Additional information on the software is available at www.simyog.com

Are you a Hardware design engineer? or do you do EMC compliance testing?

Make sure to check out ... our new blog on Simulation tool for EMC testing!